§  If the user login to the application, the business date will get updated and system will check the POS version.

§  A Software Update available alert will be shown on the user

§  If the system is not on the current version, then the user can select to update the POS by selecting Update Now or choose the option of Update Later

§  If user clicks Update Later then the pop-up disappears, and it will appear on the next business date login.

§  If user fails to choose one of the options, the application will continue to show the prompt until the software is updated

PLEASE NOTE: ALL POS TERMINAL WITHIN A BUSINESS SHOULD BE ON THE SAME VERSION

-        The void amount is automatically deducted from the paid amount

-        When enabled, the user will not be allowed to delete/void menu item(s) in the POS without the approval of manager pin 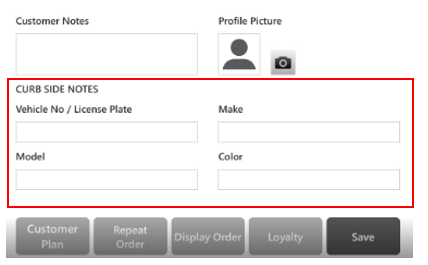 §  Placed – Order has been placed and sent to the POS

§  Confirmed – The order is confirmed by the Online Order Database

PLEASE NOTE: IF AN ORDER IS NOT CONFIRMED WITHIN THE 10 MINUTE WINDOW A REFUND WILL BE PERFORMED ON BEHALF OF THE CUSTOMER

-        New sections for the Driver Status Screen Include:

§  Checks - Displays Closed Checks when a Delivery has been completed 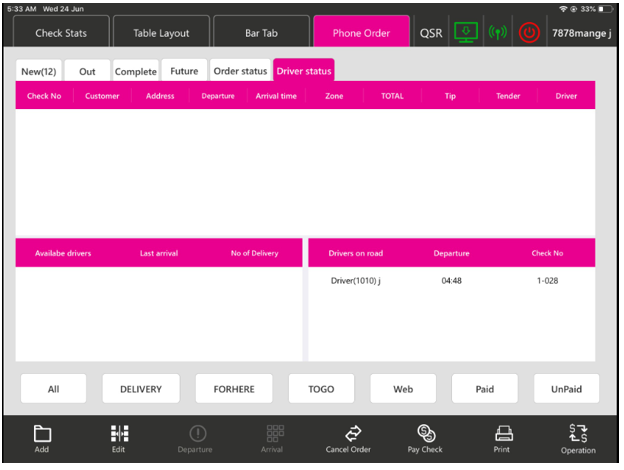